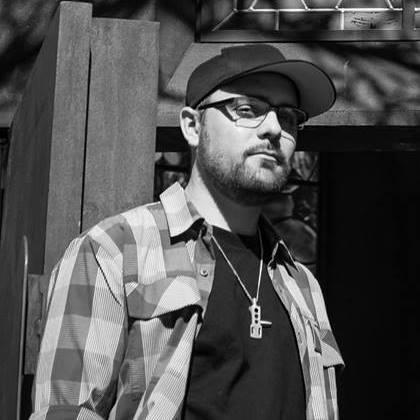 "In a world filled with disposable music and dime-a-dozen DJ’s playing web rips off a USB stick, scratch DJ’s still using vinyl are few and far between. Bare witness to DJ Dameza shredding two records simultaneously and you’ll learn very quickly why he didn’t trade out his records for a portable hard drive. Firstly, don’t let the ‘DJ’ in his title fool you; Dameza aka James Walsh is one multi talented individual, a renowned master on decks, esteemed producer and successful event promoter all rolled in to one. Undeniably best known for his live performances, Dameza charges up his audience with unlimited genre mixes; never shying away from the opportunity to balance the likes of electronica, 70’s funk and Hip- Hop all thrown together in his trademark mashup, turntable trick infused style. His motto is simple: ‘If the music is good, I’ll play it.’ Dameza’s DJ rap sheet is long and diverse; Taking out 1st place in the 2014 & 2015 Australian ‘Wax Wars’ competition, beating out entrants from Australia wide, 3rd place in the 2016 Australian Redbull Thre3style competition, landing 3rd place in the Australian DMC finals in 2006, receiving Triple J's ‘Next Crop’ selection in 2007 with Hip-Hop group mdusu&dameza, voted 2nd place in the 2008 Ozhiphop Awards ‘Best Club Set DJ’ category and in 2009 received a winning nod in the ABC Amplified Awards for ‘Best DJ’ and ‘Best Urban/Funk/Hip-Hop’ categories. Always on the cusp of the latest in audio-visual technology, Dameza is a pioneer in the fine art of live video performances. Together with his brother VJ Sloth, Dameza formed Acumen – a combination of live DJ and Visual skills, taking influence from global sources, both past and present. As a result of Acumen’s inspiring and experimental visual and audio ventures, support slots rolled in for Pendulum, XZIBIT and Afrika Bambaataa, plus the duo received the first ever and rather awe-inspiring commissioned work to be used in conjunction with the Tasmanian Symphony Orchestra. Not surprisingly, the talented siblings also received first place for ‘Electronic/ Dance artist of the Year’ at the 2010 Amplified Awards. It’s a new world for DJ’s, many are left behind in the wake of those who are willing to embrace new technology and partner it with traditional, well honed skills. Able to mix, mash, cut and chop any material seen fit to keep the party alive, Dameza’s mixed media shows are an instant go-to for festivals, unique collaborations and showcase artistic events. Some of which include Redbull, Ten Days on the Island, Mona Foma/ Dark Mofo plus the highly coveted position of MONA’s own resident DJ. Running state of the art audio and video programs, Drum Machines and the most recent professional DJ equipment Dameza performs his traditional no holds barred turntablist / party rocking / mashup style but with the added immersive element of real-time mixed visuals, live video cameras and complex lighting. With the main focus being a good time, his engaging on stage persona and a multi faceted show have lead to being able to collaborate with live digital artists, instrumentalists and even street artists."
Claim this page
Areas:
South
Artist genres:
Electronic
Techno / House
Beats / Hip Hop
Artist type:
DJs