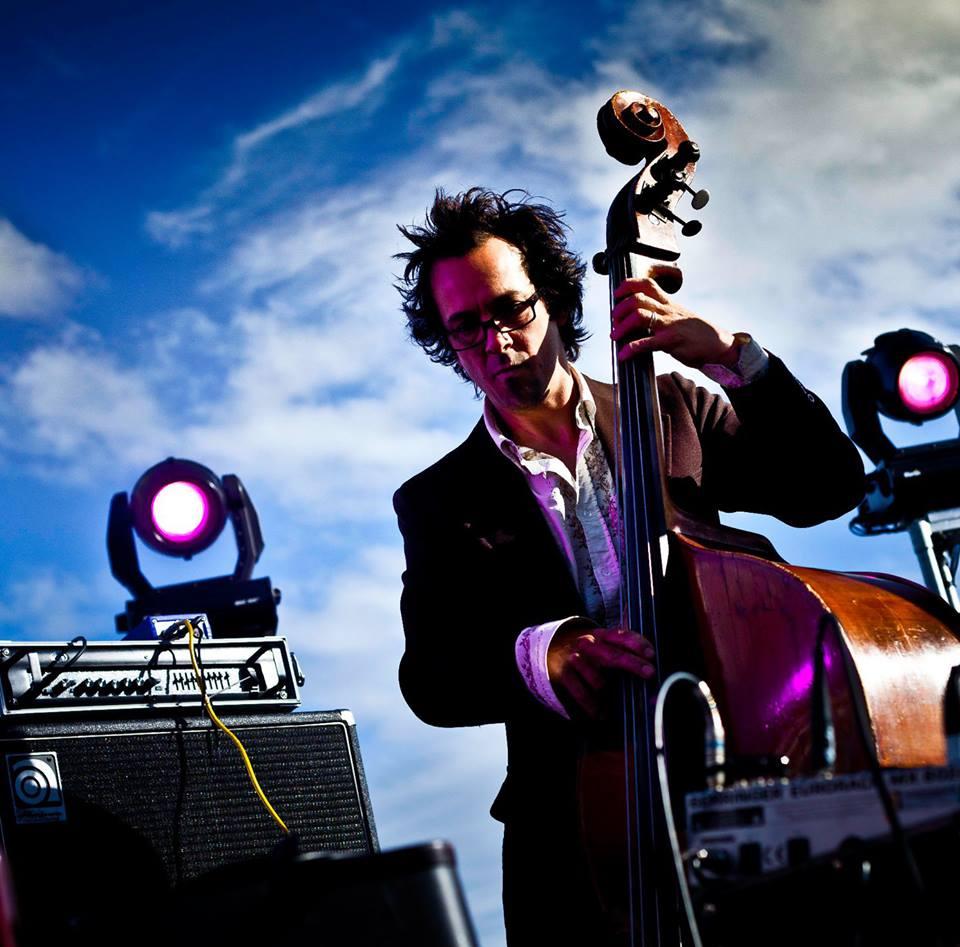 Dean Stevenson is a musician and composer living in Tasmania hailing from a strong performance background. Graduating with a Masters of Music from UTAS, Dean has performed and recorded and toured across the world. He has released several solo projects (In Time, Arco Set, The London Suite). He has composed works for film (Sixteen Legs), theatre (You and Me and the Space Between) and live events (Dark MOFO OGUH OGUH burning and FireLight17 – the world largest drive-in) featuring his own project orchestra, The Arco Set, and a collaboration with Kate Miller-Heidke. Live projects involve many festivals including Mona Foma, Dark Mofo (Tim Passes), Ten Days on the Island, Melbourne Sydney Darwin and Brisbane festivals and Imaginate in Edinburgh. He also performs in Tasmania with the popular band Les Coqs Incroyables and 4 Letter Fish and has recorded and performed with Strings from the Tasmanian Symphony Orchestra. In 2016, he produced new music by Sting in collaboration with David Walsh of MONA. That year Dean was commissioned by the Governor of Tasmania to write a new work to celebrate Her Majesty the Queens 90thbirthday. In 2018, Dean spent 5 months overseas touring China, Japan and travelling on a Winston Churchill Memorial Trust Fellowship for a composition research project across 8 countries. He composed new material for the re-staging of King Ubu (Ubu Roi) for Mona Foma 2020 in Launceston and will return with Terrapin to China and Japan in 2020. After incredible performances with the Rock Drop at the opening of MONA (Museum of Old and New Art) in 2010, Dean was invited to be the first artist to hold a solo show in the Museum. This outstanding and original performance was filmed in 4K hi-definition and released on DVD. Dean’s follow up record in 2011 was Arco Set. This was a huge change of direction with the use of a string quintet as the primary accompaniment. It was a musical shift that worked, and since this development he has been commissioned for several projects using orchestra including MONA FOMA, Cairns International Festival, Festival of Voices and most recently, DARK MOFO 2014. In 2012, Dean was the only international musician invited to attend a week of workshops with renown Jazz trio, Medeski, Martin and Wood (MMW) in up-state New York. From here the invitations and commissions have grown with the composition of Tim Passes, a new work based on the poetry of Timothy Walsh, the late brother of David Walsh (MONA creator) and in October, Dean will travel to London to work with accomplished and highly successful musician/composer, John Metcalfe (Peter Gabriel, Coldplay). Film scores, theatre works, new compositions and collaborative arrangements await Dean Stevenson, a Tasmanian artist with a distinct style and an international footprint.
Claim this page
Artist genres:
Jazz / Fusion
Blues / Folk / Acoustic
Artist type:
Musicians
Composers