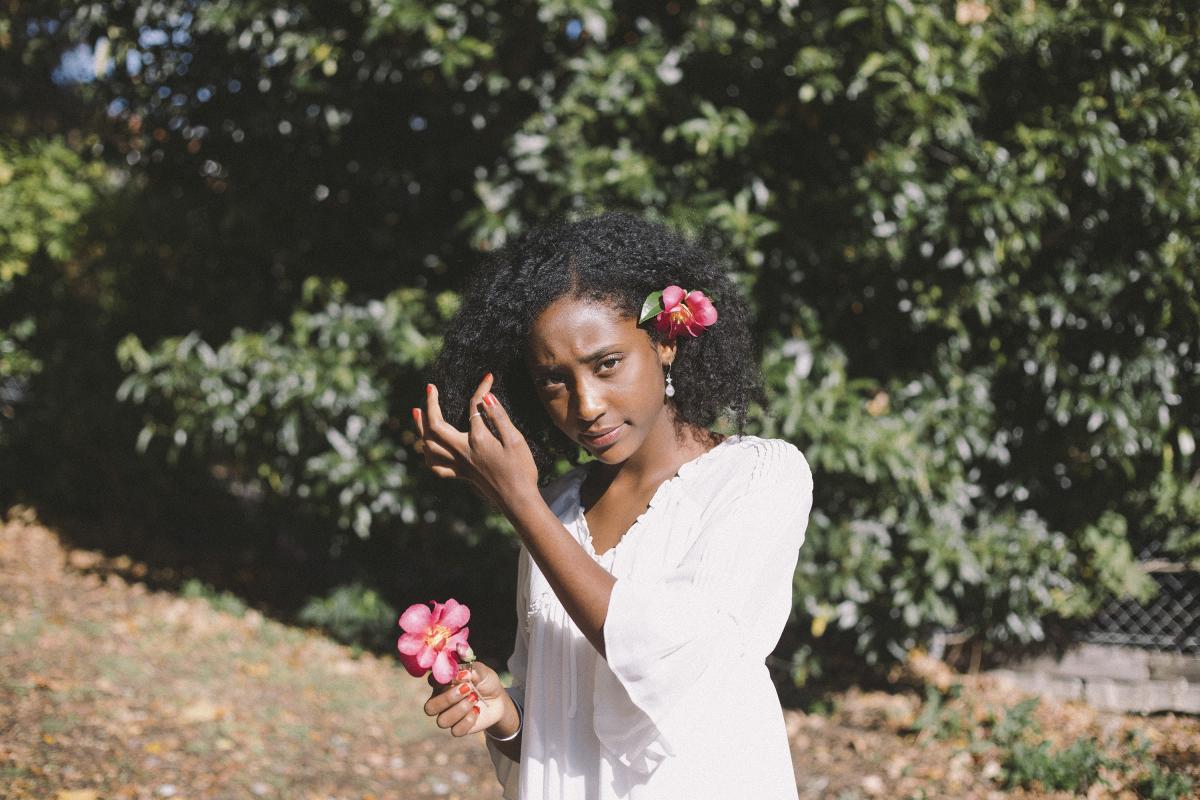 Tasmanian-based artist Medhanit was born in the African country of Ethiopia and adopted at the age of 6 months; Medhanit grew up around music. “It feels like it was inevitable; as a baby, I would nap in the sound room at my Dads music store, so I like to think that had something to do with my passion for music now”. At the age of 19, Medhanit’s writing now explores provocative themes such as cultural and racial matters, drawing inspiration from her own and others’ social experiences. But, most of all, Medhanit is fascinated with the human condition. Feelings of both broken and divine love, crippling jealousy, conflict and peace; how we emotionally evolve. Growing up performing and writing acoustically, Medhanit decided to move into the world of production so her songs could exist in a bigger sonic space. This started when she met Jack McLaine (Sumner) at a gig and spoke to him about producing the debut single Her. “From that point on, his support, insane creativity and innovative production values have been instrumental in building Medhanit, both on and off the stage”. The single was mixed by Becki Whitton (Japanese Wallpaper, Eilish Gilligan, G Flip) and mastered by fellow-Tasmanian and Grammy Award winner William Bowden (Gotye, Abbe May, Winston Surfshirt). With two of her musical influences being Angie McMahon and Lorde, it’s no wonder Medhanit’s songs have been described as ‘an assertive blend of youthful production and introspective lyrics’. Medhanit speaks of the story and inspiration behind the single, “Her is a tale of quiet but fierce desperation, craving somebody’s affection so much that you’re willing to surrender your physical and emotional self to their diminishing attention span. Comparison, ruthless jealousy and vulnerability, Her is looking for healing at the hands of the one who hurt you. I don’t personally know what it’s like to have the amount of love I receive in a relationship be determined by my partner’s alcohol intake, but I do know what it feels to forget how to breathe while a love that feels vital becomes circumstantial. Her is a story of frantic fragility”. Medhanit will be bringing this song and more, due for future release, to the live stage at Mona Foma, Party In The Paddock, Taste of Tasmania and more over summer.
Claim this page
Areas:
North
Artist genres:
R’n’B / Soul
Artist type:
Bands
Singers