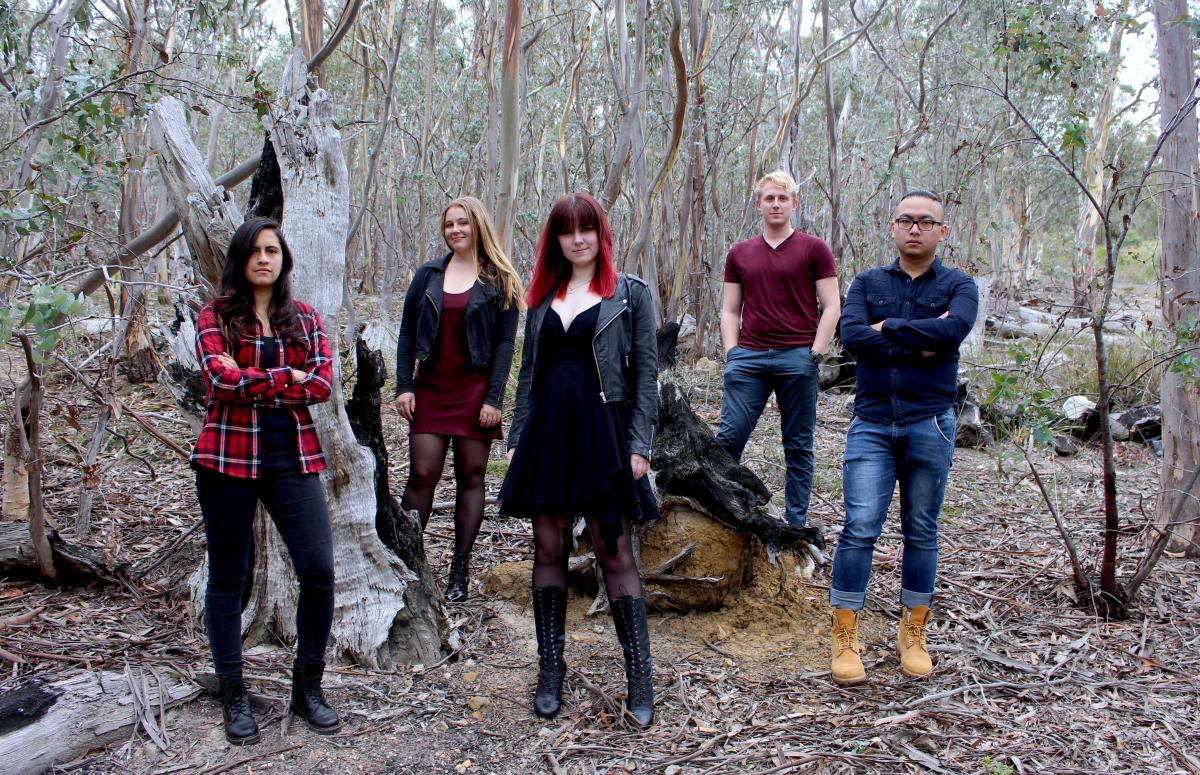 She Walks Through Dusk

“If you’re not already across this band, we strongly recommend you change that.” – Happy Mag What started off as two childhood friends performing at open mic nights and singer-songwriter sessions around Hobart, soon grew into the exciting alt-rock group known as She Walks Through Dusk. Playing everywhere from local pubs to big music festivals (including Launceston’s Festivale), She Walks Through Dusk quickly managed to carve themselves a space in the Tasmanian music scene. Audiences have complimented their stage presence and their unique brand of music: rock combined with elements from other genres, such as pop, metal, blues. She Walks Through Dusk released their debut single, If You’re Silent, on 1st May 2020. Beat Magazine described the track as a “melodic rock earworm”, while Hysteria praised lead singer Imogen’s “incredible voice” and the song’s “guitar-led bridge with rollicking, turbulent leads”. Two months later, they released their follow-up single, Anything but This Again. Written by Imogen, the song was inspired by her sister’s relationship with an emotionally abusive partner. Happy Mag called the song a “hypnotic blend of alt-rock and pop” and commented that “the band have developed a sound that feels equal parts dark and infectious”. She Walks Through Dusk are donating all proceeds from sales and streams in 2020 to their local women’s shelter. Featuring members from across the globe – Australia, Colombia, and Indonesia – She Walks Through Dusk is made up of Imogen Duske (lead vocals), Amelia Kohl (keyboards and bass), James Milner (drums), Katherine “Kat” Diaz Robayo (lead guitar), and Ryan Patrick (bass and rhythm guitar).
Claim this page
Artist genres:
Rock / Pop
Artist type:
Bands