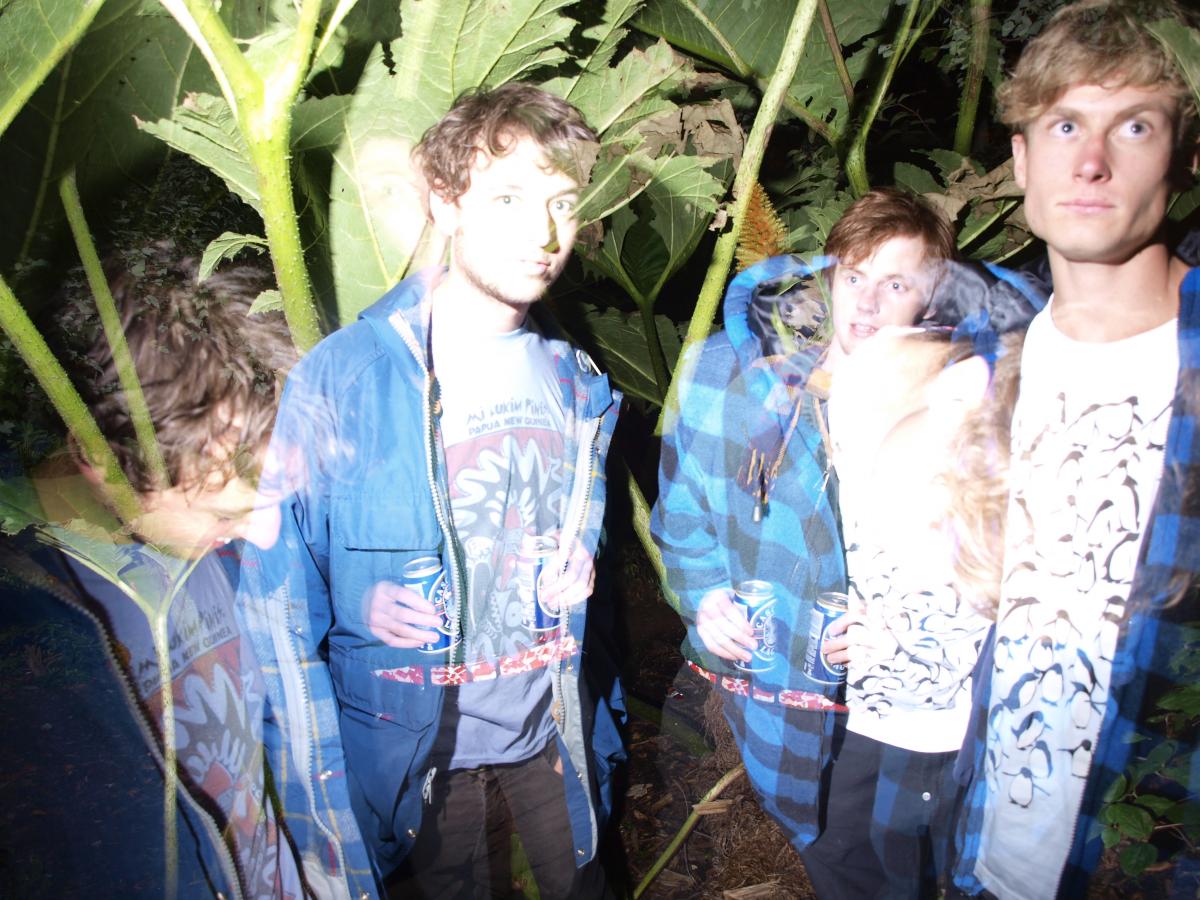 Hobart's Tiger Choir make noisy electronic pop music. While it is music made from the cultural periphery, the reality is that they have the internet and passports, and being a Tasmanian band shouldn't matter anymore. They've travelled the world enough to be wide-eyed to its possibilities, and their upcoming albumis a record that captures the swagger, fear and confidence of realizing how infinite those options are. Since coming together in 2009, Tiger Choir have released both a self-titled EP as well as a debut LP, Unicycles (both out on GaGa digi). They have toured Australia and New Zealand and played with the likes of Deerhunter, The Drums, Courtney Barnett, Holy Fuck! and Regurgitator, as well as gracingstages of the Falls Festival, Camp a Low Hum (NZ), and Tasmania's best new boutique festival, A Festival Called Panama. Whilst the EP and Unicycles drew upon a sample-based sound with prickly guitars and shouty choruses, the intervening years have lead to a leaner and darker follow up album. Two years spent living overseas, travelling, dealing with death and major breakups and a changing band line-up all seep into the record. Instead of heading to a studio the band holed up in a valley above Hobart before heading to Melbourne to enlist the ears of Simon Lam (I'lls, Klo) to mix and Andrei Eremin (Chet Faker, Oscar Key Sung, Haitus Kaiyote) to master. The day songs were sent for mastering, the roof above where recording hadtaken place flew off in a freak storm and landed in the garden. Since the release of ‘Shani,’ the lead single from their upcoming LP, Tiger Choir have hypnotized audiences with the jubilant battle cry: ‘we’re getting so messed up!’ After debuting the single on Triple J’s Home and Hosed, alongside the warning ‘don’t be surprised if you see rainbows shooting from the speakers,’ the Hobart outfit have supported Courtney Barnett and booked a spot alongside The Preatures and Klo at Dark Mofo. Second single‘All Time’ presents a dazzling glimpse into the eclectic range of the highly anticipated LP, while the new single ‘Interstate’ brings back the rock guitars and falsetto choruses to soundtrack your summer road trips.
Claim this page
Areas:
South
Artist genres:
Rock / Pop
Electronic
Artist type:
Bands